Chishiki 2016-06-15 03:40:24
2nd Amendment "A well regulated Militia, being necessary to the security of a free State, the right of the people to keep and bear Arms, shall not be infringed." See that? The amendment says "well regulated" but also assures "the right of the people to keep and bear Arms". It's pretty goddamn clear. In order for that to be revised or repealed... Article V "The Congress, whenever two thirds of both Houses shall deem it necessary, shall propose Amendments to this Constitution, or, on the Application of the Legislatures of two thirds of the several States, shall call a Convention for proposing Amendments, which, in either Case, shall be valid to all Intents and Purposes, as part of this Constitution, when ratified by the Legislatures of three fourths of the several States, or by Conventions in three fourths thereof, as the one or the other Mode of Ratification may be proposed by the Congress; Provided that no Amendment which may be made prior to the Year One thousand eight hundred and eight shall in any Manner affect the first and fourth Clauses in the Ninth Section of the first Article; and that no State, without its Consent, shall be deprived of its equal Suffrage in the Senate." Given gridlock and a powerful gun lobby, I don't expect to see much change here. One of the branches would have to literally wipe their ass with the constitution to take guns away from American citizens. This is why the argument in America is always about what kind of guns are OK, not whether guns are OK or not. Having said that, America could start to experience a rash of indiscriminate violence against innocents that compels a plurality of the branches to action. Do I advocate for that? Certainly not. It is however the only path to a general gun ban that I can imagine, short of insurrection followed by martial law. 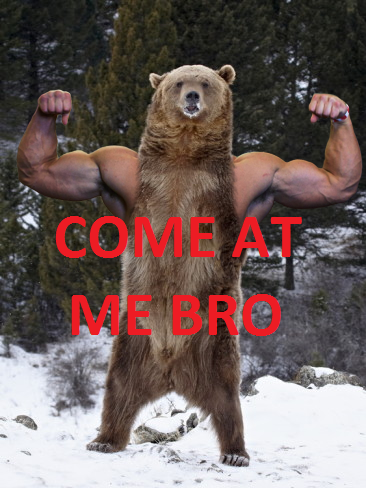